A lot of data, a tight deadline and no idea where to start?

A lot of data, a tight deadline and no idea where to start?
Posted on July 15, 2020 by Simon Dunn 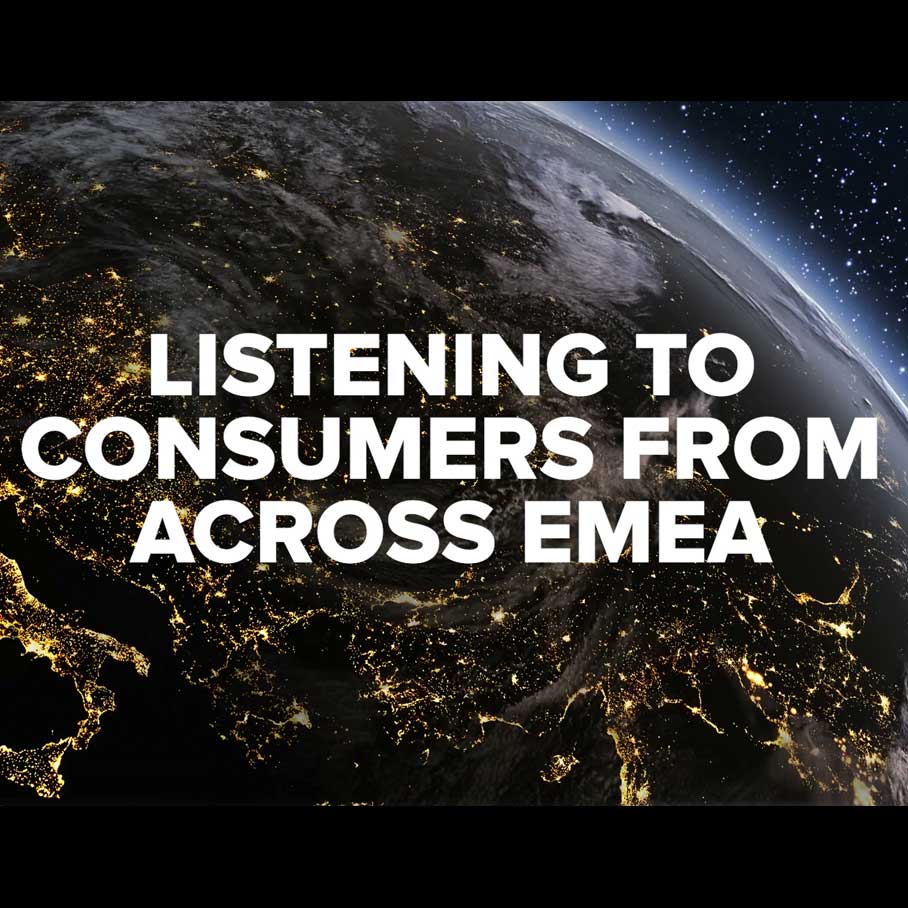 Throughout the lockdown, customers from across Europe, the Middle East and North Africa had been sharing their experiences and concerns with the insights team at a large FMCG client. As a result, the team had many diverse, engaging consumer vox-pop clips, which they had grouped into six broad themes. But they needed to weave them into a single, coherent and impactful story.

In a challenge that is typical for many insights teams, there was no lack of data. But the team needed a way to use that data to bring the voice of the customer to life for the senior leadership. And they needed it done for an important meeting in two weeks.

Our mission was to create an engaging 5-minute video to kick off the meeting – and then use it to tell the story throughout the organisation. We couldn’t simply string the clips together. It was important to have a structure and a flow to make the video engaging and bring people’s voices and experiences to life.

We agreed a creative brief, which described the project and the expected outcome. Together with the client team we selected the vox-pop clips that best illustrated the six themes and were also representative of the diverse markets that were involved in the project. Then, we drafted a storyboard with the text and flow of the film.

Once we had the storyboard and vox-pops, we wrote an explanatory script for the voiceover. The structure of the video and the story arc was now defined. Customers’ voices were the protagonists, but supporting imagery, film clips and music brought the story to life.

With such a tight deadline, this project had to be spot on almost at “first take”, bringing the potential re-editing time to the minimum. So we had meetings with our main client contacts every other day which enabled us to incorporate their ideas and feedback each step of the way.

After the final edits, we completed and shared the video the afternoon before it was due to be presented. This was the feedback from the senior client team:

“Team this is fantastic! Thank you very much, I frankly don’t need you need any revision”

“It is really good 😊 thanks… fresh and fast… and covers all.. brilliant.”

After the meeting where it was shown, the video was sent to 1000+ client colleagues, via email and Yammer.

Do you also have a ton of vox-pops, a tight deadline and no idea where to start? Get in touch with Simon